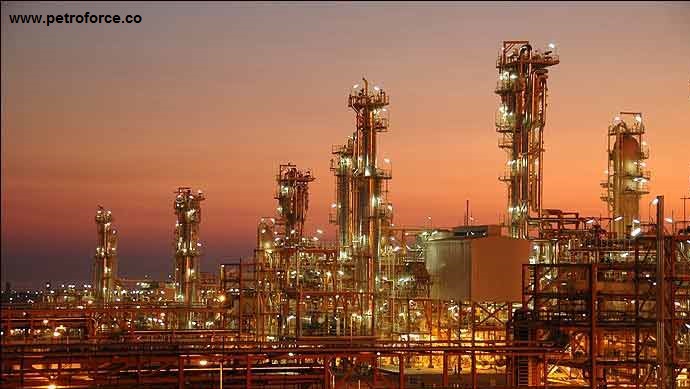 Tower
In general, towers used in the industry for distillation are divided into two basic categories:
1.tray Towers
2.Packed Towers

The workings of a tray tower
Generally, the process that occurs in a tray tower is the process of separating the material. As mentioned above, the process is carried out directly or indirectly. In the process of distillation of the heat source, it provides the heat necessary for distillation and separation of the material of a solution. The rising steam from the tower moves through the top of the tower to the bottom of the tower, causing direct contact with the trays. This contact causes a rise in the temperature of the liquid on the tray and eventually causes the temperature of the liquid to approach the bubble temperature. As the liquid reaches the bubble temperature, the first steam particles are gradually produced, which is a vapor that is rich in volatile matter (a substance that has a lower boiling point or a higher pressure). On the other hand, in the vapor phase, materials that have a lower boiling point are subjected to liquify and move in the liquid phase towards the bottom of the tower. The most important function of a tower is to create an appropriate contact point between the vapor and liquid phases. The higher the level of contact, the higher the separation performance. Of course, the fluid flow regime on the tray is also one of the important factors on the performance of a tower.
Packed Towers
- Contains fragments called fillers.
- The liquid phase flows from the top and the steam into the tower from the bottom.
- In the processes of adsorption and distillation are used.
- The towers are filled in two regular and irregular ways.
- High efficiency for more pressure drop
- Increase separation rate
- shorter upgrade in a particular process than a tray Towers 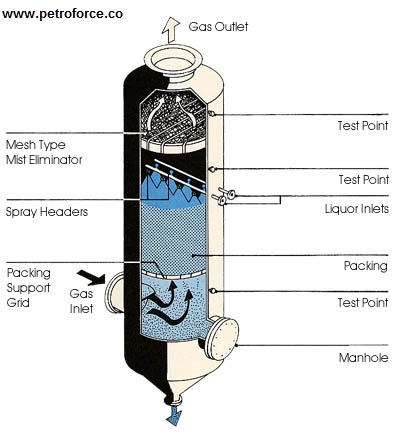 Reboiler
Reboiler, which are usually placed at the ends of the tower and next to it, are responsible for providing heat or energy for distillation. reboiler are generally considered to be a distillation equilibrium step and are considered as trays in tray towers.

Condenser
The role of the condenser is actually to convert the vapors from the combined heat treatment to the liquid. Generally, the condensers are divided into two basic categories:
1.Total Condenser
2.Partial condenser
If all the steam above the tower turns into a liquid and part of it enters the tower, and the other part enters the collecting tank, total condensation is carried out. But if part of the vapors is liquid and the other part is removed from the condenser in the form of steam, it is called a partial condenser. In the reference books, the guide for selecting the type of condenser with condenser heat transfer coefficients is provided.
Feed
A mixture of inlet into the tower, which may be liquid, gas or a mixture of liquid and gas, is a feed. Usually the place of feed is at a specified point in the tower, which is predetermined. In tray towers, the feed area is called the feed tray. One of the important characteristics of the food tray is to match the desired component with the feed in terms of temperature and relative composition (molar fraction). The feed Entrance depends, of course, on the physical state of the feed. Usually, if the feed is liquid, it enter the feed tray along with the liquid that flows from the tray top. If the feed is steam usually it entern from the under feed tray. If the feed is a mixture of liquid and steam, it is advisable to first separate the liquid phase and the steam and then, in the way that was said enter the feed into the tower. But practically, in order to save on the cost of separating the two phases of steam and liquid, the separation process is rarely done.
The main components of the distillation tower:

Nozzle: The junction of the inlet and outlet pipes is referred to the distillation tower.
total reflux: The reflux tank is used to collect cooled products above the distillation tower. The product is inlet to the liquid reflux reservoir or a mixture of liquid and steam. If the partial condenser is a mixture of steam and liquid. If the condenser is Total Condenser, the product is introduced into the reservoir as liquid. Some of the reflux reservoir As a reflux or returning flow Returns to the tower When all the liquid returns to the tower And no product received from the top of the tower, total reflux.
Different types of separators: Separators are used to separate the various phases that are mixed up. Generally, the essential factor in separating liquid phases is the density difference of materials.

Reboiler: Equipment is used to supply steam and heat in the distillation tower bottom. Rebuilders are mostly shell and tube exchangers. The liquid at the end of the distillation column is heated in the riboiler and turned to the tower in the form of steam. Water vapor, gas and other liquids are used as an interface substance.

Pump: Pumps are used for high-altitude liquid transfer and high viscosity liquids. In this way, pumps can be used at different points of the unit for the transfer of fluids. 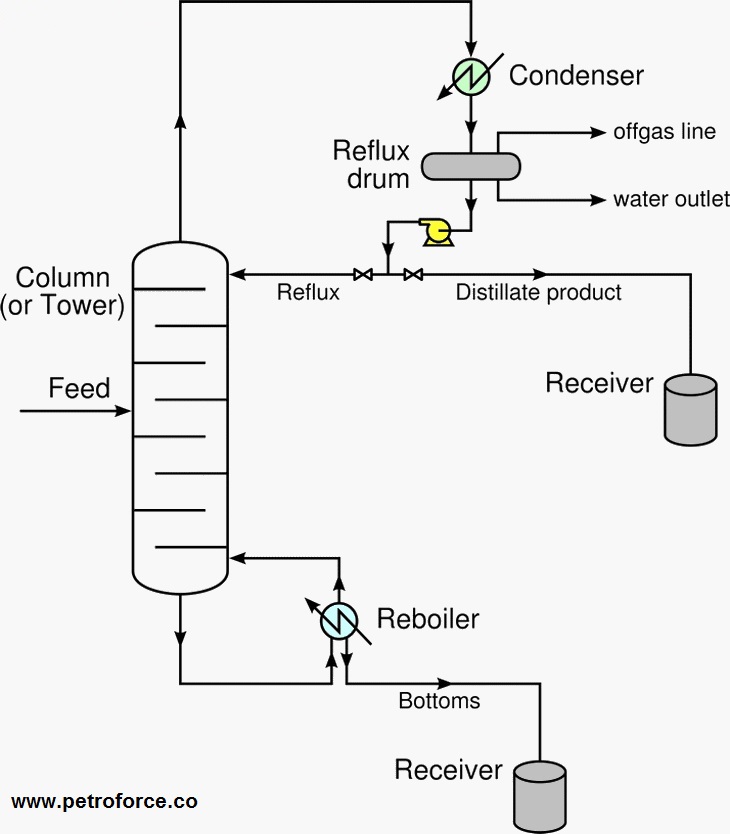 • Sheets used in this company are SA516-GR70, SS316 and ....
• pishgam palayesh force company Ferres has the ability to make bubble cup trays, valve trays and sieve trays. The company can build various types of trays and distillation towers along with various types of aggregates from various materials for various industries, including health, cosmetics, chemicals, pharmaceuticals, petroleum, and petrochemicals.
back
Follow us

PETROFORCE Group founded formally in 2011 as a Holding Company upon two decades of private sector experience by a leading private equity firm with deep roots in the petroleum industry.